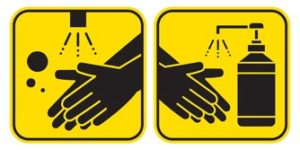 Newport Integrated Behavioral Healthcare, Inc. is closely monitoring the spread of the coronavirus and is doing everything we can to reduce the risk of infection at our facility. We have reviewed medical and hygiene protocols with staff and are in touch with local health care providers and emergency management centers to ensure that we are equipped with the latest information and resources.

As many news outlets have reported, proper hand-washing practices and sanitation of shared surfaces is the best way to prevent the spread of the coronavirus. Our facility is equipped with numerous sinks and sanitizer stations, and we encourage both staff and clients to use them throughout the day. We have also advised our staff to use extra precautions and diligence when cleaning and sanitizing public surfaces and have authorized the use of antibacterial products.

We have also started screening our clients upon admission to ensure that they are not at an increased risk of having been exposed to the coronavirus. If a family member of a client becomes ill, we encourage them to contact our facility so we can more closely monitor their loved one’s health.

For more information about the virus and how you can help keep your family safe, please visit these web pages:

The 2014 numbers, the latest available for every state and the District of Columbia, reflect a 64 percent increase for inpatient care and a 99 percent jump for emergency room treatment compared to figures from 2005. Their trajectory likely will keep climbing if the epidemic continues unabated.

The report, released by the Agency for Healthcare Research and Quality (AHRQ), puts Maryland at the very top of the national list for inpatient care. The state, already struggling with overdoses from heroin and prescription opioids, has seen the spread of the synthetic opioid fentanyl, which can be mixed with heroin or cocaine and is extraordinarily powerful. Gov. Larry Hogan (R) this year declared a state of emergency in response to the crisis.

A state report released this month showed that opioid-related deaths in Maryland had nearly quadrupled since 2010, and deaths from fentanyl had increased 38-fold in the past decade. Baltimore City saw 694 deaths from drug and alcohol-related overdoses in 2016 — nearly two a day, and a stunning spike from 2015, when 393 people died from overdoses.

“We see overdoses in all ethnic groups, in all Zip codes,” said Leana Wen, the city’s health commissioner.

Wen signed an order June 1 making naloxone, the overdose-reversal medication, available over the counter at pharmacies, and she urged residents to obtain it. She said the new numbers showing the surge in hospital visits was not surprising and noted that many people who show up seeking treatment for addiction cannot receive it immediately.

“We are not anywhere close to getting everyone treatment at the time that they are requesting for help,” Wen said.

Trailing Maryland for opioid-related hospitalizations is Massachusetts, followed by the District of Columbia. The AHRQ’s data-driven report does not speculate on why some states have such high rates of hospital admissions. It suggests that people in the most urban places are more likely to be treated in a hospital than those in rural areas — which would indicate that lack of access to medical care is a factor in the uptick in death rates seen in less-urban parts of the country in recent years.

“Our data tell us what is going on. They tell us what the facts are. But they don’t give us the underlying reasons for what we’re seeing here,” said report co-author Anne Elixhauser, a senior research scientist at AHRQ.

The sharpest increase in hospitalization and emergency room treatment for opioids was among people ages 25 to 44, echoing The Washington Post’s recent reporting that found death rates from all causes in that age bracket have gone up nationally since 2010.

The data also show that women are now as likely as men to be admitted to a hospital for inpatient treatment for opioid-related problems. In 2005, there was a significant gap between men and women, with men more likely to be admitted for such treatment. That gap closed entirely by 2014 even as the hospitalization rate rose for both sexes. Men are still more likely than women to be treated at, and released from, hospital emergency departments.

The report identifies big increases in hospitalizations among people older than 65, but Elixhauser said those cases predominantly result from reactions to prescription medication, rather than from overdoses or the use of heroin or other illegal drugs.

The broad but uneven repercussions of the opioid epidemic emerge through the data. Texas, Nebraska and Iowa, for example, have remarkably low rates of hospital admissions. So do California and Florida. It’s unclear if, when and to what extent the epidemic will surge into places relatively quiet so far, at least compared to hard-hit states in New England and Appalachia.

The researchers used the typical income from a patient’s Zip code to estimate the income range of people affected. The results showed that rates of hospital admission or emergency room visits were higher in poorer neighborhoods but that the increases were uniform between 75 percent and 85 percent across all income ranges.

The top 10 states with the highest rate of opioid-related hospital admissions in 2014 were, in addition to Maryland and Massachusetts: Rhode Island, New York, West Virginia, Connecticut, Washington, Oregon, Illinois and Maine.

The 10 states with the lowest rate of inpatient stays that year were: Iowa, Nebraska, Wyoming, Texas, Kansas, Georgia, South Dakota, Arkansas, South Carolina and Hawaii. The extremes were stark. Maryland recorded nearly 404 admissions because of opioids per 100,000 residents. In Iowa, the rate was just under 73.

The U.S. Department of Health and Human Services (HHS) awarded $485 million in grants to help states and territories combat opioid addiction. The funding, which is the first of two rounds provided for in the 21st Century Cures Act, will be provided through the State Targeted Response to the Opioid Crisis Grants administered by SAMHSA.

The funding will be issued to all 50 states, the District of Columbia, four U.S. territories, and the free associated states of Palau and Micronesia. Funding will support a comprehensive array of prevention, treatment, and recovery services depending on the needs of recipients. States and territories were awarded funds based on rates of overdose deaths and unmet need for opioid addiction treatment.